[[{"type":"media","view_mode":"media_large","fid":"115","attributes":{"alt":"","class":"media-image","height":"270","style":"width: 388px; height: 260px; margin-left: 7px; margin-right: 7px; float: left;","width":"480"}}]]California’s Rim fire, expected to be fully “contained” by October after igniting in Yosemite National Park on August 17, will ultimately benefit the forests it has passed through. While media accounts sensationalize such large wildfires as “catastrophic” and “disastrous,” science demonstrates that, to the contrary, fire is a vital component of western forest ecosystems.

Journalists mischaracterize the ecological function of wildfire as “devastation” or refer to forests that have experienced fire as a “barren wasteland,” exploiting emotions to sell newspapers. Yet media is only an accomplice to one of the masterminds ultimately responsible for fanning the flames of wildfire hysteria: the biomass energy industry.

[[{"type":"media","view_mode":"media_large","fid":"114","attributes":{"alt":"","class":"media-image","height":"480","style":"width: 346px; height: 480px; float: left; margin-left: 7px; margin-right: 7px;","width":"346"}}]]Wildland-urban fire occurs when a fire burning in wildland vegetation fuels gets close enough with its flames and/or firebrands (lofted burning embers) to potentially create ignitions of the residential fuels (Butler 1974). Residential fire destruction is the principal problem during wildland-urban fires, but homes that do not ignite do not burn. Recognizing the potential for wildland-urban home ignitions and preventing home ignitions is the principal challenge.

Understanding how homes ignite during wildland-urban fires provides the basis for appropriately assessing the potential for home ignition and thereby effectively mitigating wildland-urban fire ignitions. Fires do not spread by flowing over the landscape and high intensity fires do not engulf objects, as do avalanches and tsunamis. All fires spread by meeting the requirements for combustion—that is, a sufficiency of fuel, heat, and oxygen. In the context of severe wildland-urban fires, oxygen is not a limiting factor so this type of fire spreads according to a sufficiency of fuel and heat. Homes are the fuel and the heat comes from the flames and/or firebrands of the surrounding fires. Recent research indicates that the potential for home ignitions during wildfires including those of high intensity principally depends on a home’s fuel characteristics and the heat sources within 100-200 feet adjacent to a home (Cohen 1995; Cohen 2000; Cohen and Butler 1998). This relatively limited area that determines home ignition potential can be called the home ignition zone.

You can have tons of fuel per acre as occurs in Oregon’s Coast Range or the Olympic Mountains of Washington, and have virtually no fires because they are too wet to burn. On the other hand, we have seen some huge acreage charred on overgrazed grasslands that have little more than stubble to burn if there is a major drought and wind.

What makes the difference is not the available fuel, but the climatic/weather conditions. Logging forests does not change the climate/weather.

[[{"type":"media","view_mode":"media_large","fid":"111","attributes":{"alt":"","class":"media-image","height":"338","style":"width: 333px; height: 250px; float: left; margin: 5px 7px;","title":"Photo: Doug Bevington","width":"450"}}]]Since the Rim fire began in the central Sierra Nevada on August 17, there has been a steady stream of fearful, hyperbolic, and misinformed reporting in much of the media. The fire, which is currently 188,000 acres in size and covers portions of the Stanislaus National Forest and the northwestern corner of Yosemite National Park, has been consistently described as “catastrophic”, “destructive”, and “devastating.” One story featured a quote from a local man who said he expected “nothing to be left”. However, if we can, for a moment, set aside the fear, the panic, and the decades of misunderstanding about wildland fires in our forests, it turns out that the facts differ dramatically from the popular misconceptions. The Rim fire is a good thing for the health of the forest ecosystem. It is not devastation, or loss. It is ecological restoration.

[[{"type":"media","view_mode":"media_large","fid":"43","attributes":{"alt":"","class":"media-image","height":"159","style":"width: 318px; height: 177px; float: left; margin-left: 7px; margin-right: 7px;","width":"318"}}]]We will soon be making history here on the Olympic Peninsula, or becoming guinea pigs. Thanks to public pressure and legislative support, a two-year study of a unique aspect of our air quality may begin next month. The Olympic Region Clean Air Agency (ORCAA), working with University of Washington atmospheric scientists, will look at changes downwind from biomass cogeneration plants adjacent to the existing paper mills in Port Angeles and Port Townsend. These plants will generate electricity by burning smaller trees and forestry waste with construction and demolition debris often added to the mix.

The USDA announced a partnership agreement to expand wood energy use, which will help improve the safety and health of U.S. forests. The new partnerships include USDA, the Alliance for Green Heat, the Biomass Power Association, the Biomass Thermal Energy Council and the Pellet Fuels Institute. Ag secretary Tom Vilsack also announced more than $1.1 million in grants to five organizations to form state-wide teams that will stimulate development of wood energy projects in Idaho, California, Minnesota, New Hampshire and Alaska.

"Today's announcements will help us find innovative ways to use leftover wood to create renewable energy and support good jobs in rural America," Vilsack said. "Wood to Energy efforts are a part of our 'all of the above' energy strategy. Appropriately scaled wood energy facilities also support our efforts to remove hazardous fuels and reduce the risks of catastrophic wildfires."

Cool Planet Energy Systems, a producer of petrol from non-food biomass, is to build three biomass-to-biofuel production plants in the US state of Louisiana for an investment of $168 million (€125.9 million).

Two sites – one in Alexandria and another in Natchitoches – have already been determined. The location for the third plant is still to be decided.

Cool Planet will break ground on the Port of Alexandria project at the beginning of 2014 before operations begin at the end of the year. Construction on the second biorefinery at the Port of Natchitoches is slated to begin by mid-2015, with a completion date of 2016. The third plant will enter service towards the end of 2016. 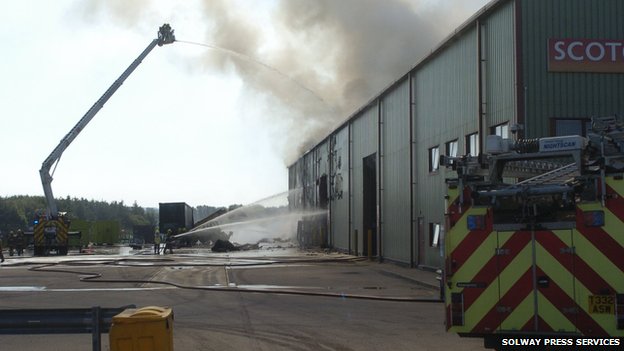 Biomass Health Care Costs
- by Dick Stokes, August 16, 2013. Source: Gainesville Sun
[[{"type":"media","view_mode":"media_large","fid":"110","attributes":{"alt":"","class":"media-image","style":"width: 200px; height: 200px; float: left; margin: 7px;"}}]]Physicians warned Gainesville officials for years about the increased health risks and health-care costs from biomass-burning emissions.
There's nothing green, clean or healthy about hauling over 22 counties' worth of wood on diesel-belching trucks every day to burn in our backyard.
Dioxins, fine particles, volatile organic compounds and others spewing from the Gainesville Renewable Energy Center smokestack will be odorless and invisible. People won't notice they're being damaged until increased rates of asthma, heart disease, stroke and cancer are apparent.

As the global leader of climate action, European governments want to know how President Obama’s major climate speech affects Europe – and particularly whether the actions he outlined can allow the United States to reach its commitment to reduce emissions by 17 percent from 2005 levels (or even exceed that level).

The big picture: Obama’s speech amounted to the first time that President Obama had given voice to the environmental movement’s core narrative at length. Suddenly, he wasn’t just talking about energy security and the economy and “all of the above” – he was talking about protecting the future of life on the planet against very real threat of climate change.  Watching the speech, I felt like I’d just woken up from 12 years of Bush-Cheney, and yesterday was the first day of the Obama administration.