[[{"type":"media","view_mode":"media_large","fid":"142","attributes":{"alt":"","class":"media-image","height":"265","style":"width: 333px; height: 250px; margin-left: 7px; margin-right: 7px; float: left;","width":"400"}}]]Log and chip exports, constituting a third of Oregon’s annual timber harvest, are outsourcing over a billion board feet of wood and thousands of domestic manufacturing jobs. Yet Barnum fails to even mention exports, let alone account for the losses. As director of the Oregon Forest Resources Institute (OFRI), he also fails to disclose his employer’s mission and funding source.

OFRI’s legislated mission is to “Enhance and provide support for Oregon’s forest products industry.” Funded with forest harvest taxes, OFRI benefits from increased logging regardless of whether the logs are processed domestically. Does Barnum’s analysis omit log exports to “enhance” and “support” the region’s largest corporate forest owners?

Was Ethanol Ever the Answer?

Q: What can cool the ethanol market?

Thanks to the intervention of the Environmental Protection Agency (EPA), the torrid market for ethanol credits—a linchpin of efforts to inject more corn-based fuel into the U.S. gasoline supply—may finally be set to cool, helping to contain prices at the pump.

On Friday, the agency bowed to intense pressure and cut future biofuel mandates across the board. By effectively capping the gas-to-ethanol mix at its current level of 90-10 percent, the EPA helped refiners avoid running into a "blend wall"—the point at which refiners would have been adding more biofuel to gasoline than critics contend most automobiles are mechanically capable of taking.

[[{"type":"media","view_mode":"media_large","fid":"141","attributes":{"alt":"","class":"media-image","height":"360","style":"width: 300px; height: 338px; margin-left: 7px; margin-right: 7px; float: left;","title":"Photo: salon.com","width":"480"}}]]The latest round of climate negotiations are opening just as we are hearing the stories and viewing images on the news coverage of the devastation wrought on the Philippines by Typhoon Haiyan (aka Yolanda).  Coincidentally, the last round of climate negotiations, COP 18 in Doha were similarly punctuated by a devastating typhoon, Bhopa (aka Pablo) that also struck the Philippines.

Climate scientists long warned we would experience more and more extreme weather events. Well, here it is, just as predicted. In the Philippines, thousands of lives have been lost. Bodies are floating in the streets -- mothers, fathers, babies, children. Not just meaningless statistics from some far away unreal place, but real people: loved ones and friends whose lives have been smashed and obliterated, while the world around them -- trees, land, coastlines, and the creatures that inhabit that part of the world -- have been flattened, blown away and drowned.

- by Jeff Conant, Friends of the Earth

[[{"type":"media","view_mode":"media_large","fid":"140","attributes":{"alt":"","class":"media-image","height":"200","style":"width: 300px; height: 200px; margin-left: 7px; margin-right: 7px; float: left;","width":"300"}}]]In the landscape of global deforestation, a tension exists between policies and practices aimed at drawing a sharp halt to the exploitation of forests and forest peoples and those designed to stimulate a vaguely promised market shift toward more ‘sustainable’ extraction of an ever-dwindling resource. During the last two weeks, several significant reports have been released that highlight a few of the overarching approaches that we at Friends of the Earth see as ‘false solutions’ to the deforestation problem.

Friends of the Earth Australia released a report this week documenting the failures of “sustainable” timber policy across Asia. The report, called "From Policy to Reality," makes the case that the deforestation of Southeast Asian rainforests and logging-related human rights violations are driven by global over-consumption of tropical timber products and enabled by inadequate laws and purchasing policies. 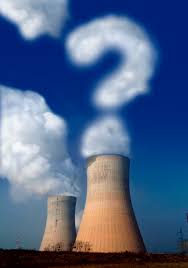 During the discussion, Brune explains that the Sierra Club believes that nuclear energy projects are too expensive and cannot be implemented quickly enough to make the kind of difference that is necessary to prevent catastrophic climate change. He claims that wind and solar costs have dropped far enough in the past four years that those technologies are replacing fossil fuel and helping to reduce the US emissions of CO2 to its lowest level since 1992.

Brune also appeals to authority by pointing to Warren Buffett’s Mid American Energy decision to stop investigating the potential of building a small modular reactor in Iowa in favor of continued development of its wind energy portfolio.

As new oil wells crop up by the thousands in the mineral-rich Bakken play in northwest North Dakota, nearby Theodore Roosevelt National Park has experienced spikes in haze-causing pollution, according to a new study.

While the boom has created wealth for the state of 700,000, which boasts the nation’s lowest unemployment rate, the study by Colorado State University and the National Park Service suggests the development may come at the cost of clear park skies.

Choked with smog that shut down roads, schools, and its main airport, the city of Harbin (map) this week offered a striking reminder that China has a long way to go in addressing the hazards caused by its dependence on coal.

Visibility in the northeastern city of more than 10 million people reportedly was reduced in places toless than 65 feet (20 meters) as coal-fired heating systems ramped up for the winter months. Officials also pointed to farmersburning crop stubble and low winds as additional causes for the pollution crisis.

New York is getting brighter!

The streets of New York City will be a little brighter (literally) over the next few years.

Last week NYC Mayor Michael Bloomberg and Transportation Commissioner Janette Sadik-Khan announced a new effort to replace the city’s current amber streetlights for white, more energy-efficient light-emitting diode (LED) bulbs throughout the five boroughs. The switch will result in the installation of a quarter-million new lights with a goal of completing the task within the next four years. The effort goes hand-in-hand with Bloomberg’s long-term sustainability PlaNYC plan to reduce greenhouse emissions though city operations by thirty percent, which it also aims to accomplish by 2017.

The installations are estimated to cost around $76.5 million to complete, most of which will be funded through NYC’s Accelerated Conservation and Efficiency (ACE) Initiative. Despite the cost, the benefits over time are substantial for the city’s bottom line, as well as its carbon footprint.