Minneapolis residents have just stopped the planned expansion of the trash incinerator in their city, and have set their county on the path to zero waste! The Hennepin Energy Recovery Center (HERC), is capable of burning 1,212 tons of trash a day, but has been limited by permits to burning 1,000 tons/day. The county has been seeking to expand this to burn the full 1,212 tons/day, but just withdrew their request under pressure from the community.

Community organizers made this a defining issue in recent elections and shifted the political climate, getting a majority of Minneapolis City Council and the mayor to oppose the expansion. The county is now moving toward zero waste, with a requirement to start curb-side collection of organics for composting. This new path has some city officials already talking about eventually closing the 25-year old incinerator for good.

Energy Justice played a small role, visiting with local activists last year and supporting them with information, including research showing that this incinerator has the 3rd worst racial disparity in the industry. 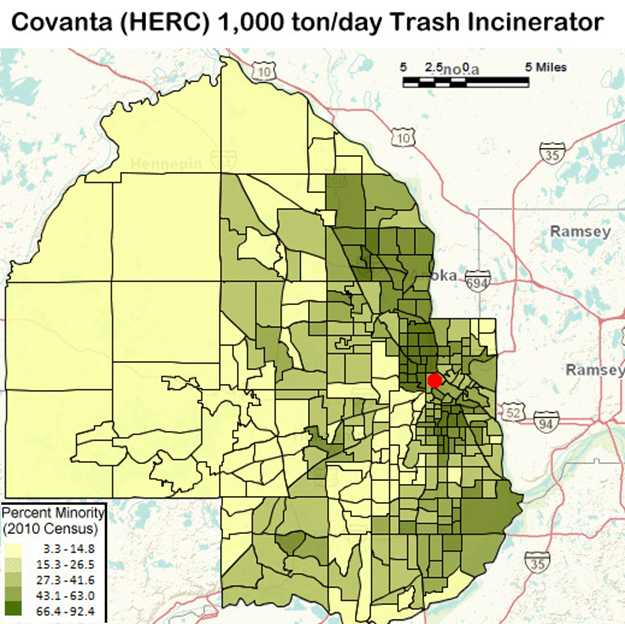 This is incinerator victory #2 for 2014, following the last month's victory against the tire incinerator in White Deer, PA. Many more to follow. Stay tuned!

For more info on this victory, see: