The following data is from the U.S. Environmental Protection Agency's 2010 eGRID database, which has data for all electric generating plants in the U.S.  Our copy of this data, organized to produce the charts below, is available here.

[Note that, while this data makes natural gas look clean, it's only looking at smokestack emissions.  Natural gas has greenhouse gas emissions worse than coal due to methane leakage from extraction to use, and landfills are also much worse than appears here because much of their emissions are from unfiltered toxic landfill gas escaping capture and leaking directly into the air.]

The purple color on the CO2 chart is the "biogenic" fraction of CO2, which is real CO2 emitted into the atmosphere, though agencies still count it as zero even though science and the courts have both concluded that this CO2 is not carbon neutral in any meaningful time frame, and ought to be counted. 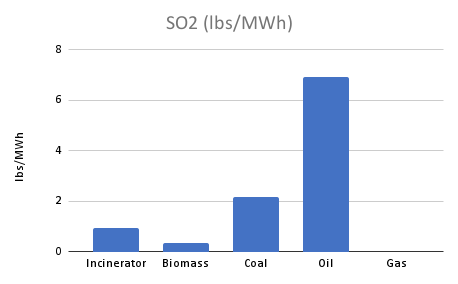 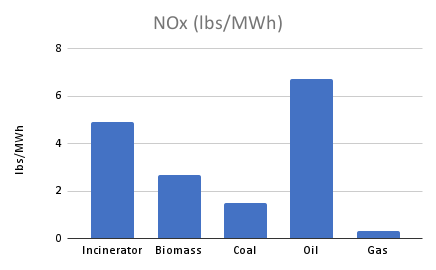 Broken out in more detail by what is burned... 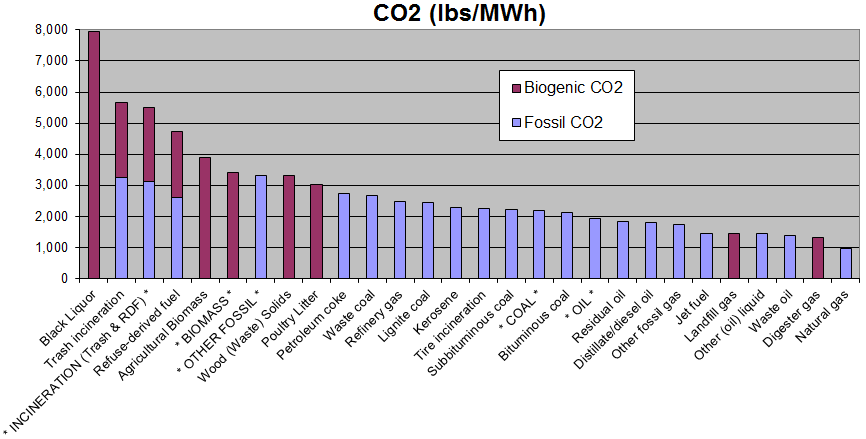 KEY:
The broad categories listed in *ALL CAPS* are combined as such (# of facilities are in parenthesis):

The numbers of facilities in the other categories are:

We arrived at these numbers by evaluating 2,022 electric generating facilities in the U.S. from the plant-level data in the eGRID v.9 database.  The PLNT10 table in the database has 5,587 facilities, many of which had to be excluded to do this comparison.  Exclusions are as follows: