[All numbers are in trillion btus, and come from the U.S. Energy Information Administration's Energy Consumption by Sector (Tables 2.1a through 2.1f) data through 2019.]

"Renewable" Portion of Total U.S. Energy Use
The "renewable" portion of the overall energy mix over time. 43% is still from polluting combustion sources (biomass/waste incineration and biofuels). The good news is that solar is growing most rapidly.

"Renewable" Portion of Total U.S. Energy Use
[Same data but in line chart, not stacked.]

Biomass/waste incineration and biofuels (ethanol/biodiesel) are combined in this chart to show that "bioenergy" is the largest "renewable" source and has grown rapidly, but leveled off since 2013. This chart also makes it clear that wind overtook hydroelectric in 2019.

Natural gas surpassed nuclear power in 2012 and overtook coal in 2019.

"Renewable" Portion of U.S. Electricity Use

The renewable electricity sector is now mostly hydroelectric and wind.

"Renewable" Portion of U.S. Electricity Use
[Same data, but in line chart, not stacked.]

Residential solar heating is growing quickly and may overtake residential wood burning (and its serious pollution hazards) in the next several years.

Transportation energy use
91.5% is oil. 5% is biofuels (ethanol and biodiesel) and 3.4% is now natural gas.

Bioenergy use by sector
The biomass electricity sector would have increased dramatically since 2005 if not for the grassroots work we supported that stopped massive expansion of that industry. 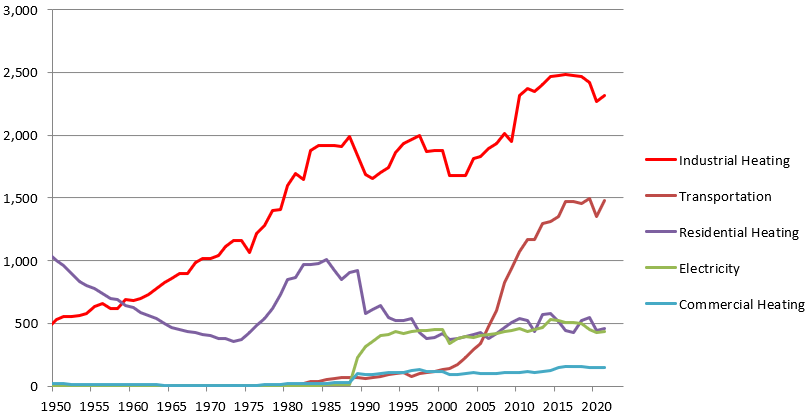 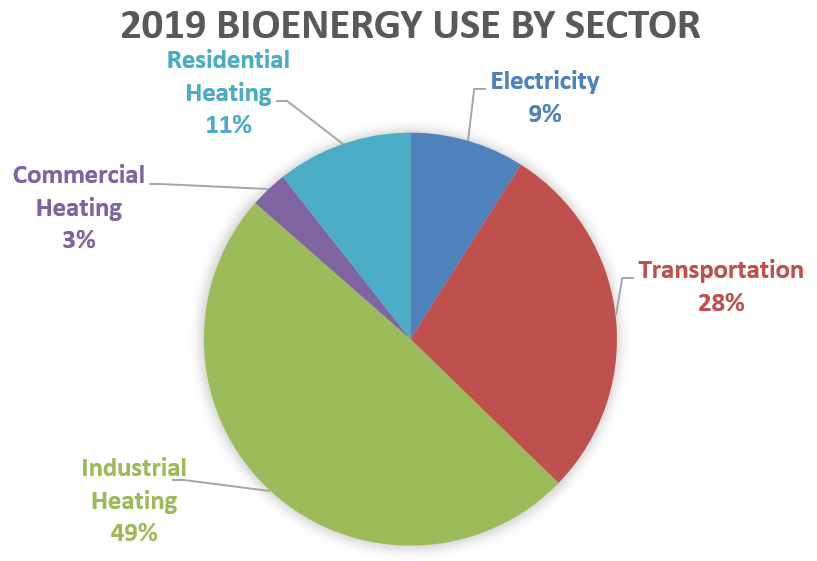 Natural gas use, by sector 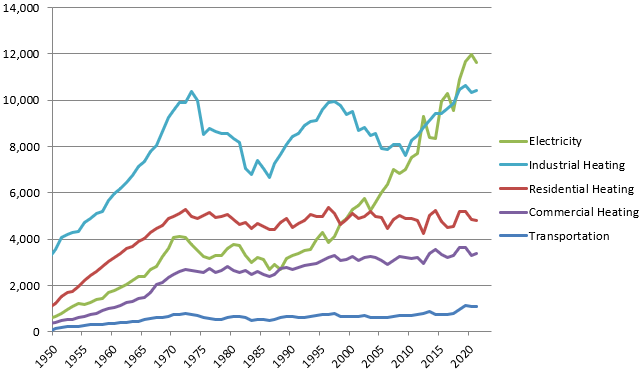 Coal use, by sector 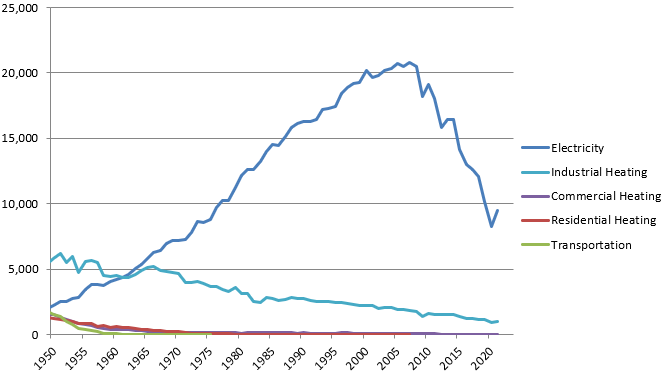 Coal use, by sector (residential and commercial heating close-up) 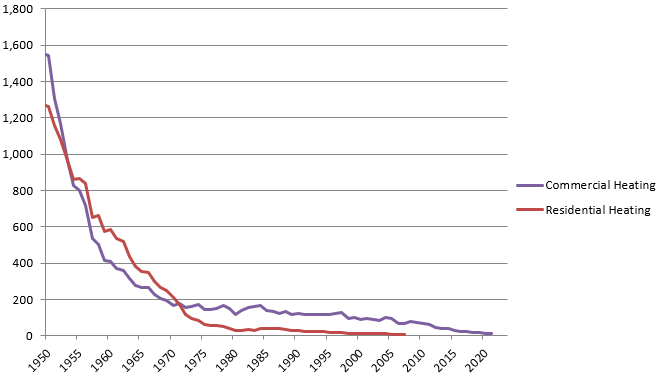 Trends: fossil fuel use declining; gas, wind and solar replacing coal
Some analysis from our review of the Planet of the Humans documentary...

From 2000 through 2019, U.S. population grew 17% as electricity consumption fell 2.6%, reflecting energy conservation and efficiency, which should always be higher priorities than any type of generation. Total energy consumption (electricity, transportation and heating) increased 1.6% in that time (because energy use in transportation and the commercial and industrial heating sectors increased), but 99.9% of wind and 62% of solar is serving the electricity sector, where energy demand is falling. So, more wind and solar does not mean more energy use.

The growth of wind and solar since 2000 came while coal, and fossil fuel use in general, fell.