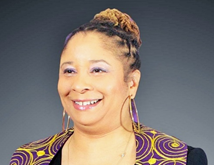 Prince George's County, Maryland -- the nation's wealthiest African-American county, just outside of Washington, DC -- has been courting waste incinerator companies to build a new facility in a community that already has multiple landfills and the state's only sewage sludge incinerator.  Energy Justice Network has been campaigning against this for the past year.  Last month, the county formally withdrew the contract process, abandoning the project altogether!

The contract process in Prince George's County was the result of the county contracting with the notoriously pro-burn solid waste consultants, Gershman, Brickner & Bratton (GBB).  The county spent over $200,000 for GBB to lead them toward a who's who of "waste-to-energy" vendors of every stripe, which got narrowed down to seven, including the two largest incinerator corporations, Covanta and Wheelabrator, plus some companies with experimental technologies such as trash-to-ethanol.  At the end of the day, the county's urgent need for an alternative to their landfill (which was supposed to close by 2020) disappeared as they found they have room until at least 2027, given increased recycling, composting and other positive Zero Waste efforts that divert trash from the landfill.

Energy Justice Network initiated a "Don't Burn Trash in Prince George's County" campaign to inform and engage the public in the activities of the County on this waste-to-energy trash disposal procurement process.  Working with individual activists and other environmental organizations such as Progressive Prince George's, Greenbelt Climate Action Network and the Prince George's Sierra Club, the County officials received numerous requests not to move forward with the Request for Proposals, the next step in the process, which was scheduled to begin in September 2016.

On August 9th, the County decided to cancel the Waste-to-Energy Request for Qualification solicitation, stating in the final notice that "IT HAS BEEN DETERMINED THAT THE PROJECT MAY NOT BE IN THE BEST INTEREST OF THE COUNTY AT THIS TIME."

Supporting the fight for Zero Waste Solutions: Robin Lewis is an African-American resident and environmental justice activist in Prince George's County whose work we need to support as we move the county away from incineration and toward genuine zero waste solutions.  If you can help support her work, please donate here: http://www.energyjustice.net/donate


This victory holds some major significance for environmental justice, for trends in Maryland, and around the country:

Environmental Justice Significance: Prince George's County, Maryland is the nation's wealthiest African-American county.  This reinforces the trend that we've documented across dirty energy and waste industries in the U.S. where race is more of a factor than class in terms of where polluting industries are located.  The county is home to the state's only sewage sludge incinerator, multiple landfills and asphalt/aggregate industries, a huge coal/gas power plant, and a cluster of three gas power plants on the way.  The proposed new "waste-to-energy" project (likely an incinerator of some sort) would have been located near the county's landfill and sludge incinerator, in the same place an incinerator was fought off about 30 years ago.

Maryland Significance: Maryland has been on the front lines of incinerator wars.  The state is still the only one to put trash incineration on par with wind power in a renewable energy mandate, where a majority of the state's "renewable" energy has come from biomass and waste burning, and landfill gas burning.  The state has also seen the most significant victories against incineration in the past decade.  Two large proposed incinerators got all of their state permits and yet were defeated by concerted opposition in the past few years, in Frederick and Baltimore.  One would have been the nation's largest, at 4,000 tons/day.  Also, earlier this year, the smallest of three remaining trash incinerators in the state (in Harford, MD) closed for good.  We still have two large incinerators and the nation's largest medical waste incinerator to close down, two of which are in Baltimore, and we're campaigning to close them.

This could happen to you!  GBB has consulting arrangements with city and county governments around the nation.  Unfailingly, they propose "waste-to-energy" vendors.  In Prince George's County, they drafted the Department of Environment's Request for Qualification (RFQ) to pursue waste management solutions from corporations to build one of these types of facilities in the County: incineration, trash-to-ethanol, refuse-derived fuel (trash pellets to be burned in area power plants), or trash composting using "gasification, anaerobic digestion, or other conversion method producing a fuel or energy product, such as electricity, syngas, synfuel, chemicals, steam, useable heat, and/or other commercial energy outputs."

Of the 16 respondents to the RFQ, the County selected the following 7 companies in March 2016 to be on the short list: Abengoa Bioenergy, Covanta Energy, LLC, Mustang Renewable Power, Prince George's County Waste To Energy Recovery Partners, Repower South, LLC, Shanks Waste Management Ltd., Wheelabrator Urbaser, S.A.  While the proposals were not made public, our research into these companies shows that they offer conventional incineration, gasification, trash-to-ethanol, refuse-derived fuel (trash pellets), and anaerobic digestion for municipal waste, with the digested trash either being used as fertilizer or burned for fuel.

Energy Justice Network has an ongoing open records case to try to make this information public.  In the City of Allentown, Pennsylvania, where Energy Justice led the fight that stopped an incinerator just two years ago, GBB is now contracting with the city, pursuing the same sort of "waste-to-energy" contract process.  Allentown, unlike Prince George's County, released the RFQ responses for public review.  The basics of the proposals were released to reporters and can be viewed here: http://www.mcall.com/news/local/allentown/mc-gallery-allentown-trash-proposals-20160609-storygallery.html

GBB brags on their website that they're consulting with these governments:
-Prince William County, VA
-Rutherford County and the City of Murfreesboro, TN
-Lee County, FL
-Guam

We know of others we suspect they're consulting with as well.  Please reach out to us for support to beat back incinerator threats in your community.