Montgomery County recently received an “F” grade from the American Lung Association for smog in their 2019 State of the Air report. The Asthma and Allergy Foundation ranked the Philadelphia metro area as the 4th worst place for asthma. This is, in part, due to the huge amounts of nitrogen oxide (NOx) air pollution released from Covanta Plymouth and other major polluters in the area. In the whole 5-county Philadelphia area, three of the four largest NOx polluters are trash incinerators: Covanta Delaware Valley (in Chester City), Covanta Plymouth, and Wheelabrator Falls in Bucks County.

Because of the air pollution and health concerns, 41 organizations, including all of the major environmental organizations, wrote to Philadelphia’s mayor asking that they not continue to contract to burn the city’s trash in Covanta Plymouth and other incinerators.

In 2017, according to data reported to the state DEP on industrial sources of air pollution: 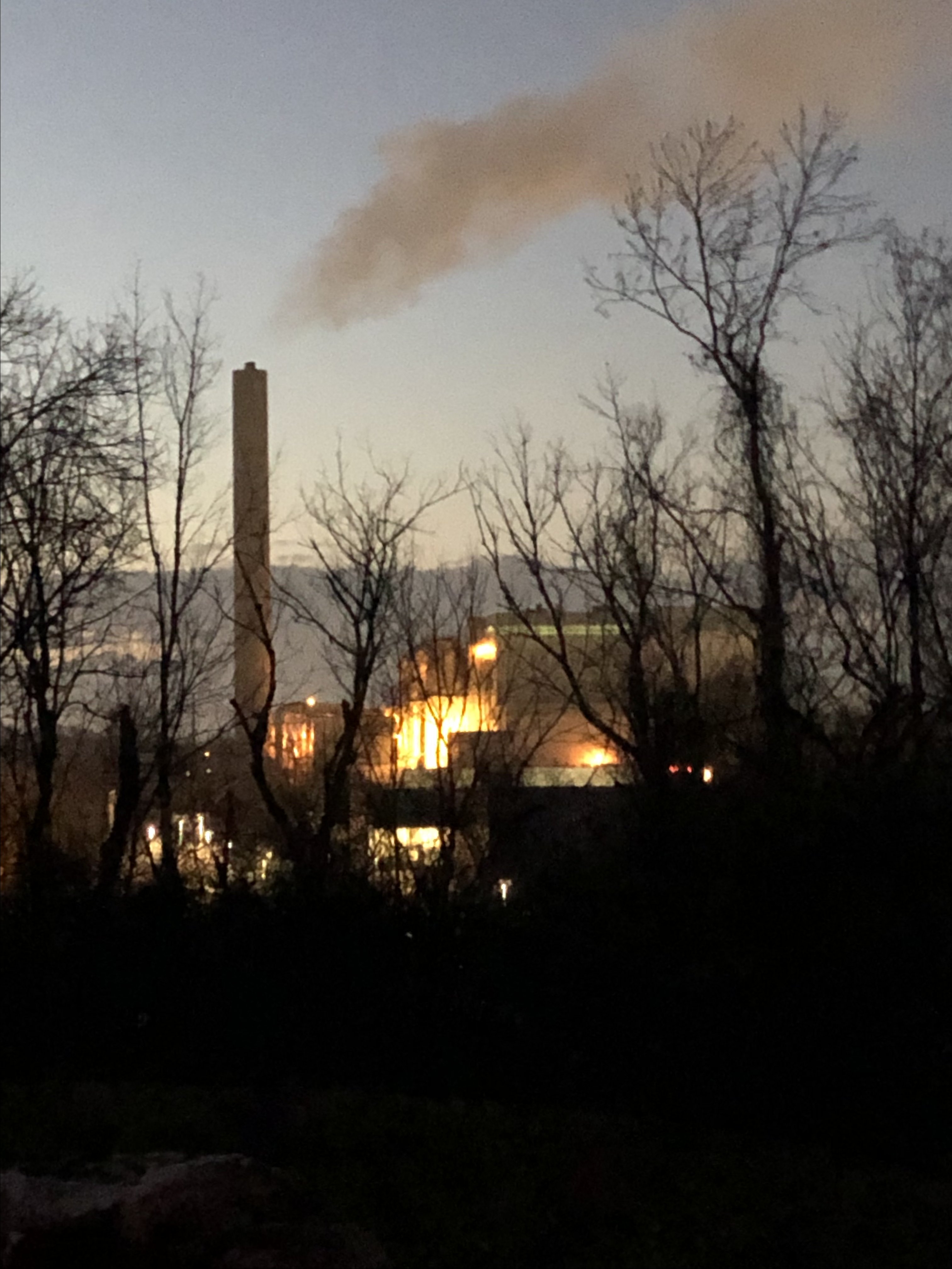 To put the smaller numbers in perspective, mercury is one of the toxic pollutants for which there is no known safe level of exposure. Lead is also known not to have any "safe" level. The incinerator reported releasing 1.4 lbs of mercury into the air in 2017, not counting that which gets into the air and water via the ash. Mercury is incredibly toxic. A highly cited Minnesota study found that if approximately one gram of mercury (the amount in a single fever thermometer) is deposited to a 20-acre lake each year from the atmosphere, this small amount, over time, can contaminate the fish in that lake to the point where they should not be eaten. 1.4 pounds of mercury equals 635 grams. That means the incinerator, in a typical year, is releasing enough mercury sufficient to keep over 600 20-acre lakes so contaminated that the fish are not safe to eat.

In terms of rankings, Covanta Plymouth is the largest air polluter in Montgomery County, responsible for 36% of the county's industrial air pollution. On specific pollutants, it's #1 in carbon dioxide (36% of the total), hydrochloric acid (96%), nitrogen oxides (55%), and sulfur dioxides (28%). It's #2 in mercury (16%) only because a sewage sludge incinerator in Hatfield is #1. It's also #2 in condensable particulate matter.

What does this cost to human health? A 2017 study from the New York University School of Medicine found that just one pollutant (fine particulate matter) from the trash incinerator in Baltimore is causing $55 million in annual health costs to residents in several states including Pennsylvania. Fine particulate matter (PM2.5) is associated with premature death, heart disease, chronic bronchitis, and other respiratory distress. The PM2.5 emissions from Covanta Plymouth are 43% that of the larger Baltimore incinerator. Without factoring in the largest population in the Philly area (which would increase this number), this would translate to over $23 million in annual health damage due to just one pollutant coming out of Covanta Plymouth -- and this is based on their reported 2017 emissions before they started having routine malfunctions in late 2018.

Scroll to the bottom of these links to see their latest air, waste, and water violations issued by the PA Department of Environmental Protection.

Company-wide, Covanta is a notorious violator. See Covanta's violations through September 2006 -- a 93-page document filed by Covanta with the Pennsylvania Department of Environmental Protection, outlining their violations, company-wide. Note on page 37 where Covanta lists being busted by the state of Connecticut for tampering with their continuous emissions monitoring system to make it seem as if their emissions are lower than they really are.

Similar to their Connecticut violation for tampering with their emissions monitors, Covanta was busted in more recent years at their Tulsa, Oklahoma incinerator. This is from their 10K filing with the Securities and Exchange Commission:

Tulsa Matter. In January 2016, we were informed by the United States Attorney’s Office for the Northern District of Oklahoma (“US Attorney’s Office”) that our subsidiary, Covanta Tulsa Renewable Energy LLC (“Covanta Tulsa”), was the target of a criminal investigation being conducted by the EPA. The investigation related to alleged improprieties in the recording and reporting of emissions data during an October 2013 incident involving one of the three municipal waste combustion units at our Tulsa, Oklahoma facility. In October 2018, Covanta Tulsa entered into a Non Prosecution Agreement (“NPA”) with the US Attorney’s Office, pursuant to which no charges will be filed if, for a period of one year, Covanta Tulsa satisfies the requirements of the NPA, including that it comply with applicable laws and regulations. As part of the NPA, Covanta Tulsa also made a $200,000 community service payment to the Oklahoma Department of Environmental Quality to fund air quality and environmental efforts in Oklahoma.

Where does Covanta Plymouth's waste come from?

This is true generally, and is admitted by three waste industry associations. 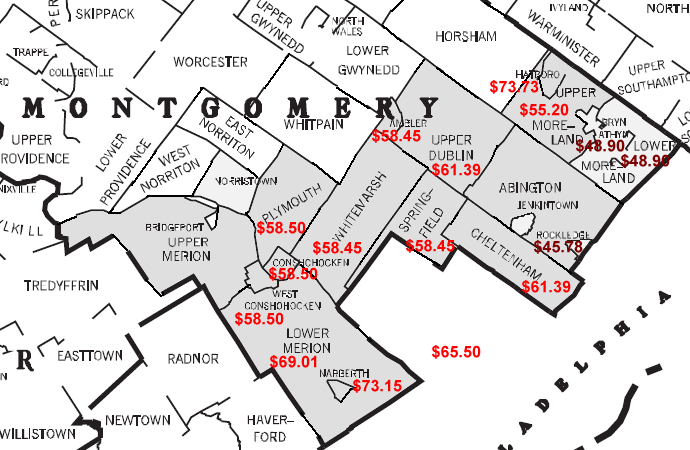 Incinerators are worse than landfills, even for the climate

Trash incineration is the most expensive and polluting way to manage waste or to make energy. It's dirtier than coal burning and worse than directly using landfills. The data backs up the unanimous opinion of the environmental community in opposing incineration and recognizing that it's worse than landfills. Incineration doesn’t avoid landfilling. It puts over 70% of the waste into the air as air pollution (all that escapes air pollution controls), and the 30% that remains (including the portion caught in pollution controls) consists of toxic ash that is shipped to landfills in Chester and Berks Counties. Please see this factsheet explaining why incineration (and ash landfilling) is worse than direct use of landfills. Landfills are not good and no one is advocating for them, but we need to be honest about the fact that incineration only makes landfills more toxic, and pollutes the air far worse.

The two boldfaced landfills are where trash is trucked in the form of ash from the Covanta Plymouth incinerator.

Trucking distance is not an issue – Eastern Montgomery muncipalities don’t need to truck waste directly to these landfills in the area. Municipalities can contract with haulers to use any of the three transfer stations in the Plymouth Meeting area, and contracts can ensure that waste will not go to any incinerators, permitting only direct landfill use.

Concern about emissions from trucking to landfills does not justify burning trash closer to home. A life cycle analysis of waste disposal options for Washington, DC found that incineration is far more polluting than landfilling, even if having to truck waste five times as far to landfills 130 miles away. Trucking emissions are insignificant compared to the extreme amount of pollution emitted by incineration.

There are three companies with transfer stations in the area which don't rely on incineration. A "landfill only" contract could be entered with any of these companies that primarily do not use incineration.


Waste and recycling contracts should...

It's important that waste contracts avoid incineration and protect the municipality from unnecessary costs. New Requests for Proposals for waste collection or recycling should: