Zero Waste is defined as "The conservation of all resources by means of responsible production, consumption, reuse, and recovery of products, packaging, and materials without burning and with no discharges to land, water, or air that threaten the environment or human health.” It's not a utopic idea, but a set of policies and practices intended to eliminate incineration and reduce waste as much as possible, ultimately achieving at least 90% reduction of waste going to disposal. 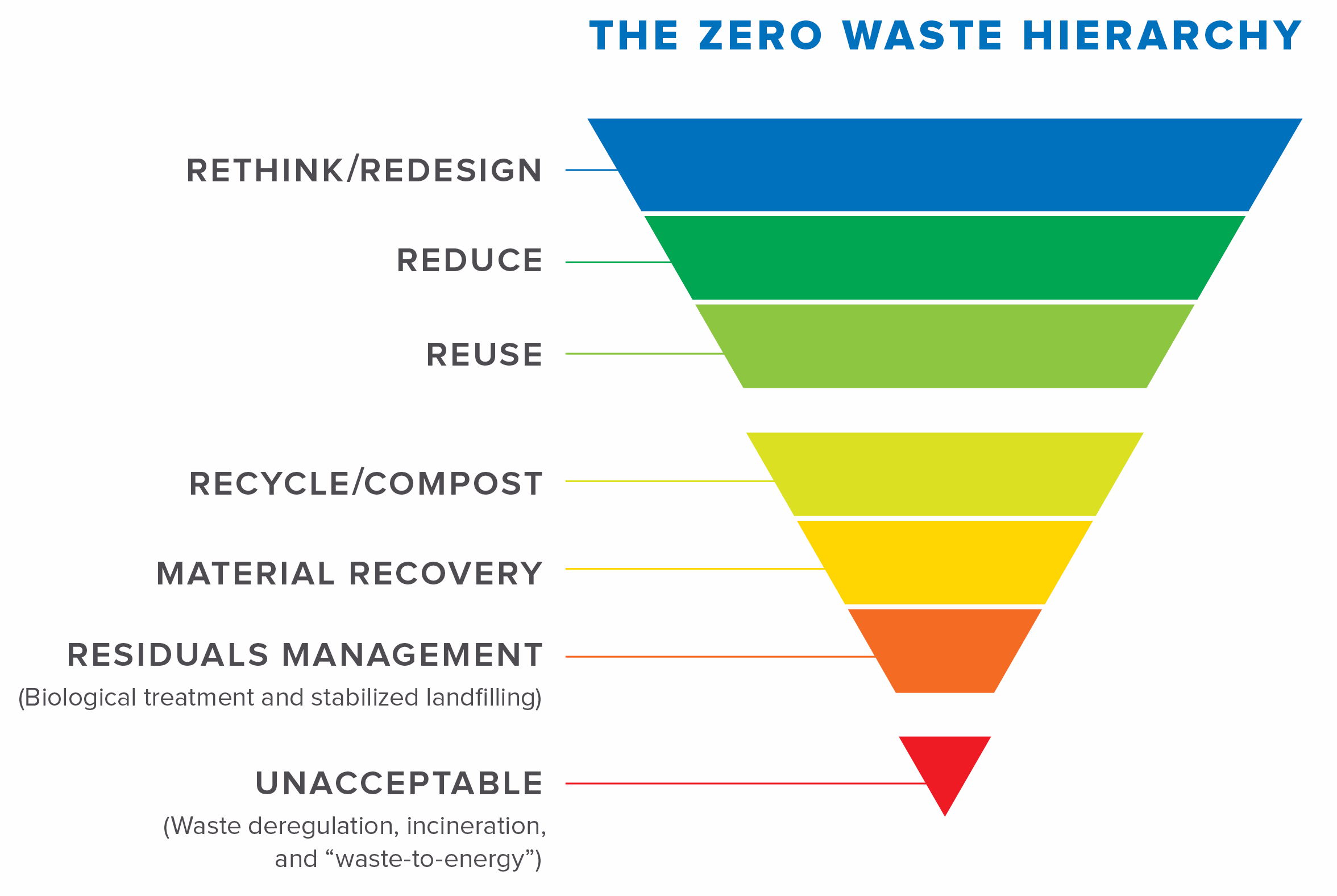 Zero Waste is a goal that is ethical, economical, efficient and visionary, to guide people in changing their lifestyles and practices to emulate sustainable natural cycles, where all discarded materials are designed to become resources for others to use.

Zero Waste means designing and managing products and processes to systematically avoid and eliminate the volume and toxicity of waste and materials, conserve and recover all resources, and not burn or bury them.

Implementing Zero Waste will eliminate all discharges to land, water or air that are a threat to planetary, human, animal or plant health.
General Framework

Story of Stuff (excellent short, fun film on how materials move through our economy, from extraction to production to distribution to consumption to waste):

Getting the back end of the zero waste hierarchy right:


The Zero Waste Solution - Untrashing the Planet One Community at a Time, by Paul Connett

Resources on the problems with incinerators and landfills:

Other major resources on zero waste:
Job creation:
A zero waste program should include a number of tactics that increase material reuse, recycling and composting. Doing so has great job creation potential: about 5 to 10 times more jobs than landfilling or incineration.